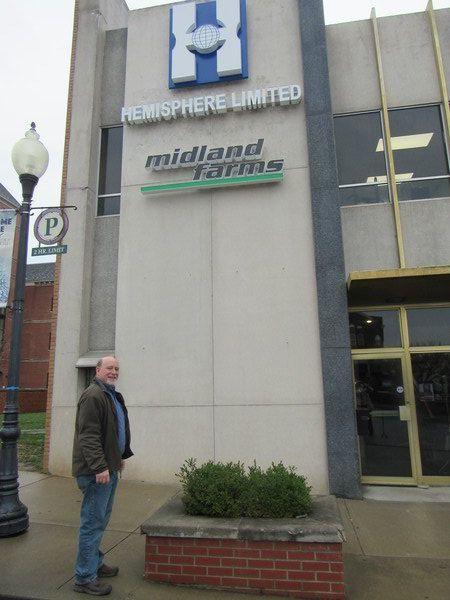 Steve Morris, controller/CFO for Hemisphere Limited LLC, stands outside the former First and Farmers National Bank building in Downtown Somerset where consolidated headquarters for 11 businesses will begin operation next Wednesday.

Demetrios Haseotes, owner of Continental Refining Company, recently purchased the former bank building and decided to make it headquarters for his far-flung business interests. Some say Haseotes’ decision is the most positive step during three quarters of a century trying to recreate a business climate in Downtown Somerset. Like most downtowns, Downtown Somerset suffered when retail businesses clustered on U.S. 27 during the late 1960s and early 1970s.

Haseotes has not released names of businesses headquartered in Downtown Somerset but said the companies operate in 12 states. He is owner and past director of the Cumberland Group of Companies, which include Framingham, Mass.-based Cumberland Farms and Gulf Oil LP.

Continue reading the story from Commonwealth-Journal

Email: Get In Touch Via Email